On 6th July 2022, the State Administration for Market Regulation (SAMR), the Cyberspace Administration of China (CAC), and another 14 national authorities, released the Action Plan for Implementing the National Standardization Development Outline (hereinafter respectively referred to as the Action Plan and the Outline). The Action Plan specifies the key tasks and corresponding responsible bodies for guiding standardization development through the end of 2023. At the same time, some tasks are further clarified, which will help enterprises to be prepared for the upcoming standardization policies.

Before this, another critical document for the implementation of the Outline was published by SAC in February 2022, i.e. the Key Points of National Standardization (2022) (hereinafter referred to as the Key Points). While this document was mostly limited to SAC, the Action Plan extends the efforts to all the relevant governmental authorities and organizations. Specifically, each task in the Action Plans entails corresponding responsible bodies, while the detailed implementation is left to local governments. Such meticulous work distribution among ministries, governmental associations and local governments reflects China’s determination in promoting standardization development in the near future.

The Action Plan is structured on three parts: (i) standardization’s support to socioeconomic development; (ii) optimization of the standardization system; and (iii) supporting measures and policies. The tasks included in each part are assigned in accordance with the requirements of the Outline.

The following are the key takeaways that foreign enterprises in China should pay attention to:

Annex: List of tasks specified in the Action Plan 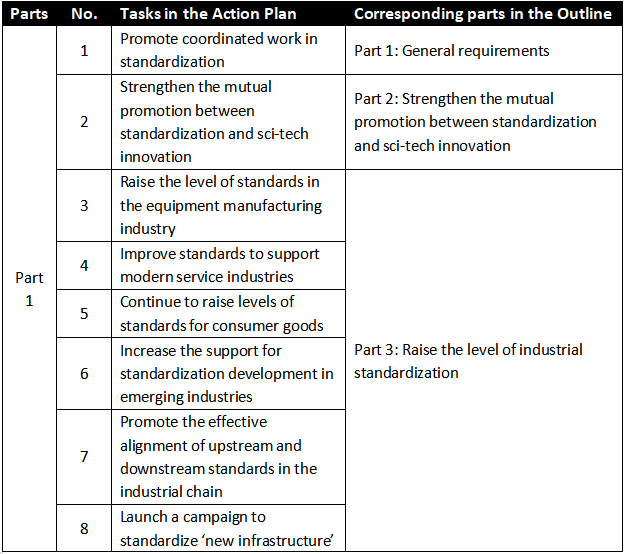 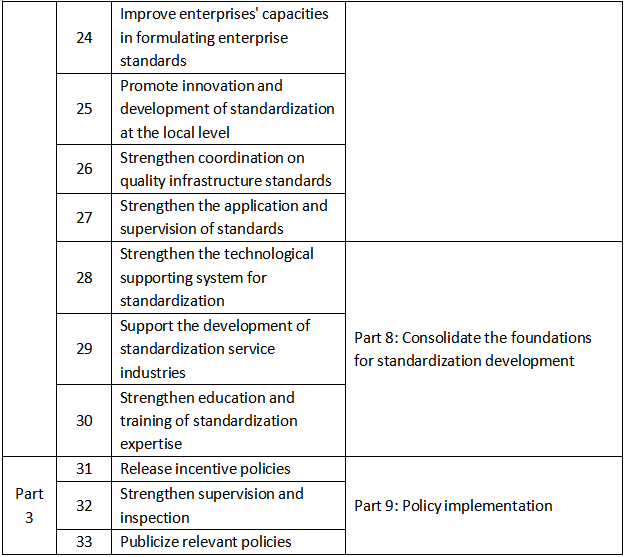